For 1980, McDermott replaced the 4-year-old B-Series of cues with the C-Series. The new series offered more cues — 21 vs the B-Series’ 16 — new materials, and inlays of complex shapes. While a number of cues in the series introduced inlays that would reappear in future series, the C-18 introduced a new inlay that most McDermott fans would have a special affection for.

Inside each of the C-18’s cloud-shaped windows of bone urethane is a green clover. This clover inlay would reappear in 1994 for the limited edition Founder’s Cue, and would continue to show up periodically in M and G-Series cues, despite the development of a more advanced clover with a stem. In fact, the currently produced G413 uses the same clovers, albeit in black rather than green. 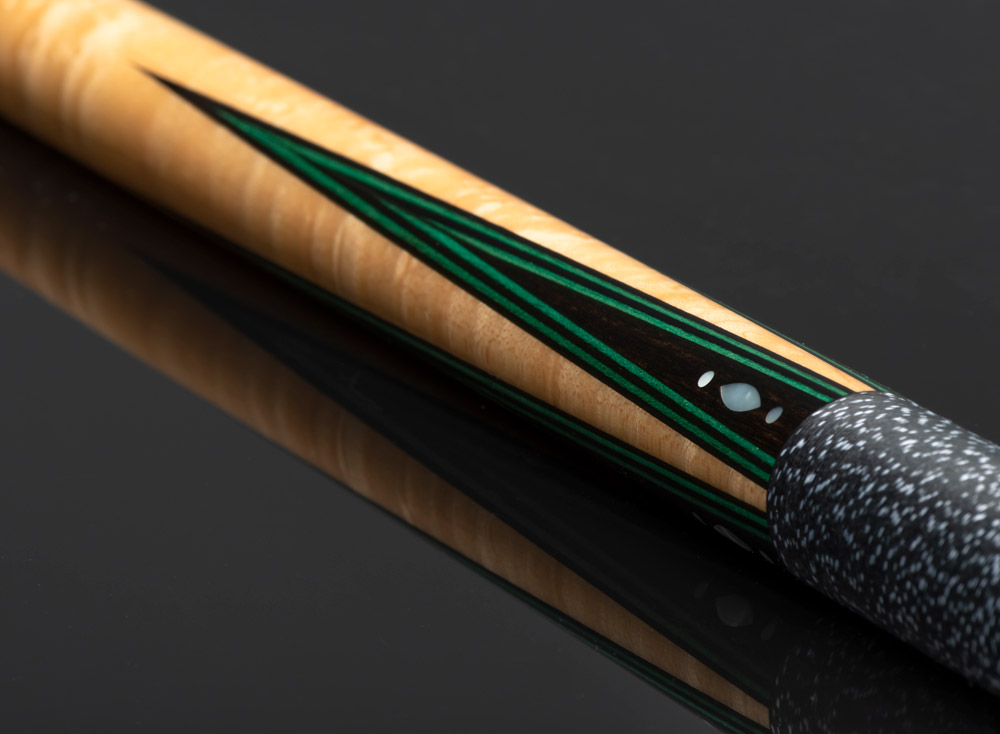 Placed firmly in the higher end of the C-Series, the C-18 would have cost a buyer $340, but it would have been money well spent. The C-18 is not only a good example of the differences between the C and B-Series, but is a great example of the quality that made McDermott famous.

OnCue: The E-J5 and its Teddy Bears