Back in January, this column featured a cue with decidedly different artwork than most: teddy bears. The E-J5, it was explained, was one in a series of cues thought up by Phyllis McDermott, our founder’s daughter. She wanted to bring more women into the sport, and came up with a handful of cue ideas to help do just that. Among them was this E-J2, better known as “the butterfly cue.” 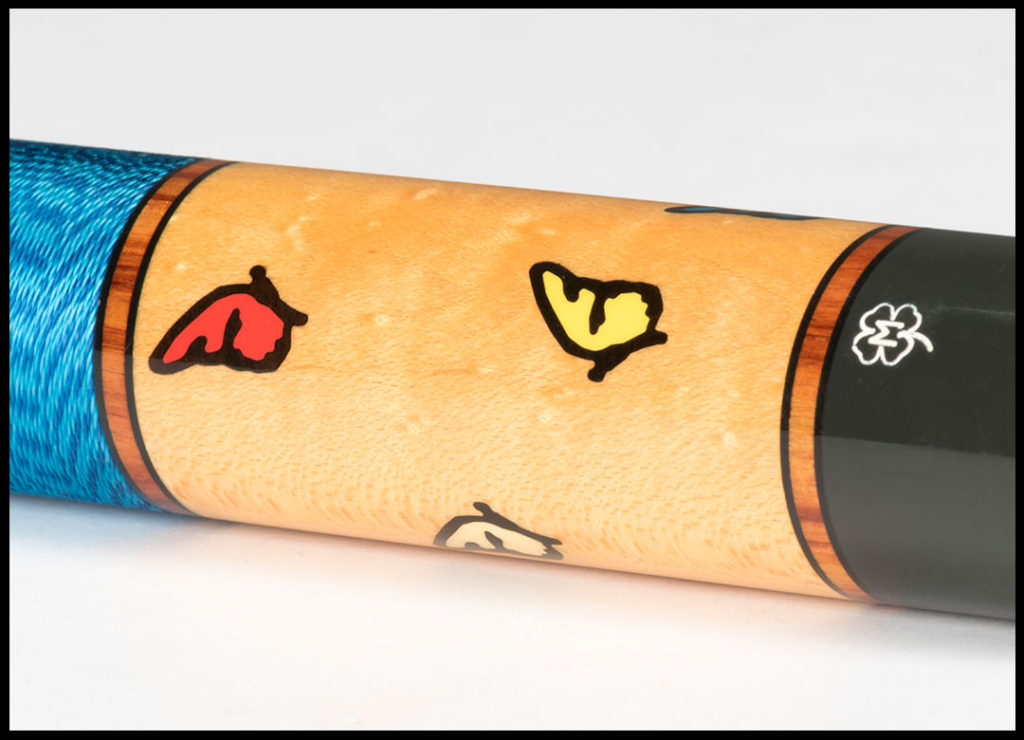 As you can see, the sleeve and forearm are graced with small, colorful, butterflies in seven different colors. In fact, the E-J2 is rather unique in the E-J series for having small inlays; the other E-J models use such large inlays that they had to be cut from rounded stock in order to fit properly.

The butterflies are also set apart by their hand-drawn look. Unlike the smooth-bordered inlays of cues like the E-J5, the butterflies have an outline that is purposely jagged. Kudos are due to the McDermott production team of the day, aided of course by modern computer design, as the butterflies still fit perfectly despite their jagged edges. 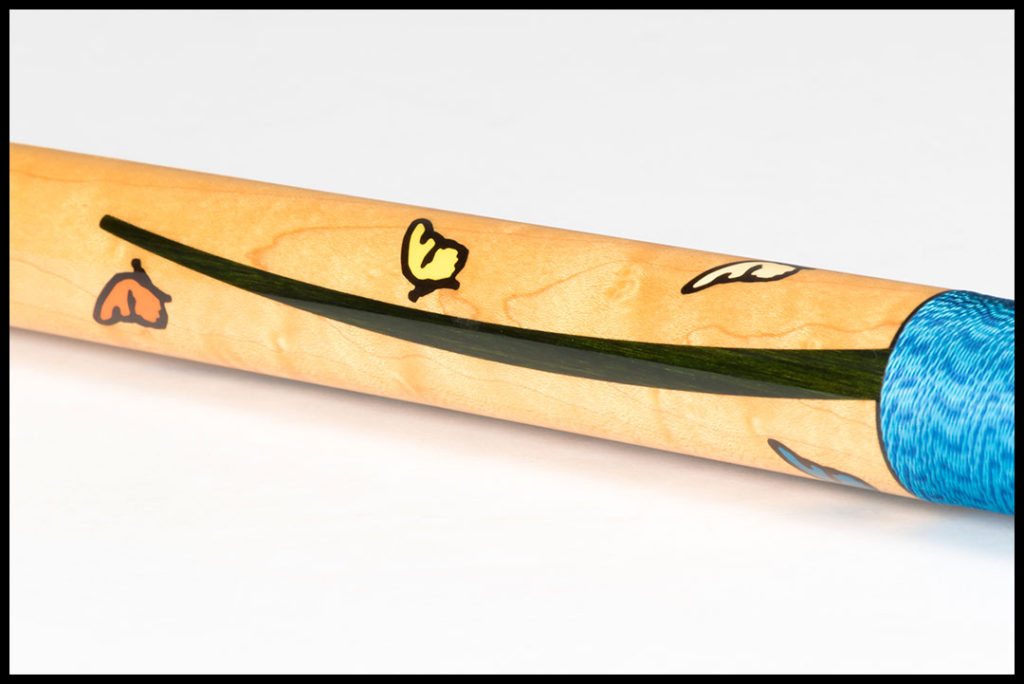 This cue puts a unique spin on the point, too. Made from green dymondwood, it has a gentle curve to it to represent a blade of grass. Besides the dymondwood, Tulipwood rings also help contrast the unstained maple forearm and sleeve.

Much of what was said about the teddy bear cue applies to the butterfly cue, too. It may not have a design that appeals to everybody, but it’s hard not to appreciate the craftsmanship that went into it. The E-J2 is definitely a unique piece of McDermott history.