From Catalog to Cue of the Month

Since 2005, McDermott has been giving you the chance to purchase one of their cues with special customizations at no additional cost through the Cue of the Month program. You may be wondering, who selects the cue that becomes the next Cue of the Month and how does that cue go from the catalog model to the custom? The process involves a lot of debate and plenty of help from modern technology.

Picking the right model out of the catalog isn’t as simple as flipping the pages until one jumps out. Several factors go into deciding which cue becomes the next to be transformed. McDermott’s Vice President, Larry Liebl, explains:

Well, we want to keep the Cue of the Month program interesting and affordable. The point of the program is to give buyers of more affordable cues the chance to own a custom cue without having to spend more. So, we tend to pick models that are on the more affordable end of the scale. But, sometimes there’s a cue that we just think would look really cool a certain way, and we let ourselves go a little higher. It helps bring more variety to the Cue of the Month program.

We also look at sales data to see what cues are not as popular in their catalog form. Sometimes, we find out by turning it into a Cue of the Month that people actually really like it, they just didn’t like the rings we chose or some other aspect of the cue.

Once the model has been chosen, the real fun begins: brainstorming ways to transform the cue into a Cue of the Month. For this, designer Derek Blaguski turns to the computer and a powerful program named Photoshop. 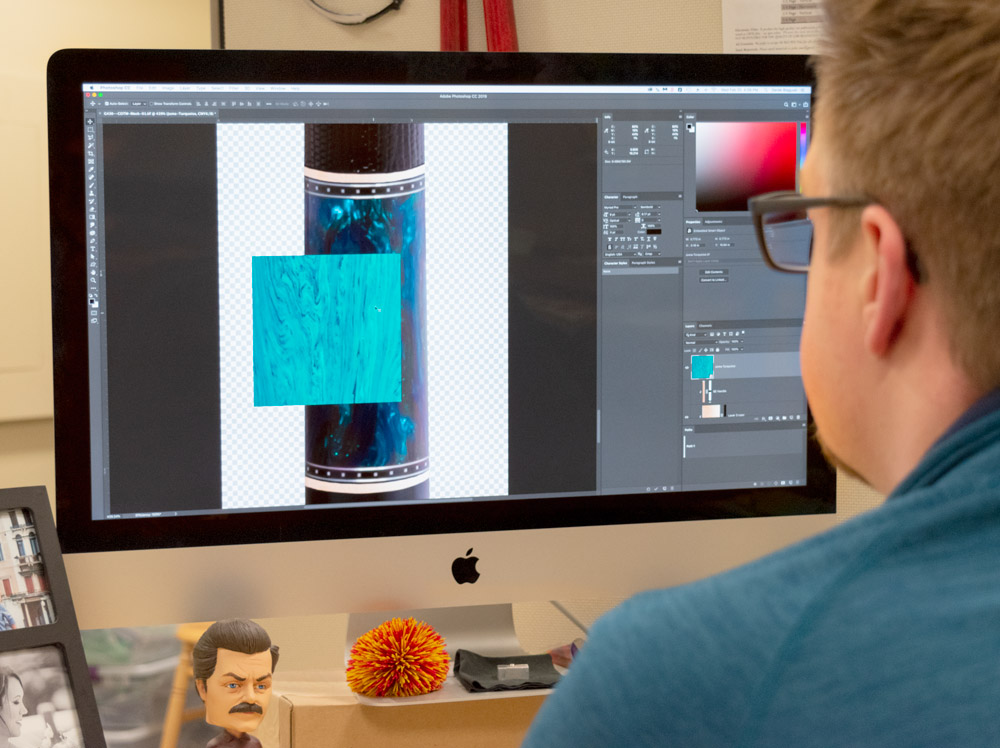 Describing a potential cue design out loud is okay, but it helps to see it visually. So, I have all of our different materials – the woods, stains, pearls, etc. – photographed and available on my computer. Using Photoshop, I can quickly change the design of a cue by swapping out materials digitally. This lets us narrow down our choices; sometimes a design that sounds good in theory doesn’t look so good in reality. By seeing a design in front of our eyes only a few minutes after hearing it described, we can save time and move on to other ideas.

These variations of the G430 were digitally created

After getting a number of designs together, the choices are narrowed down. A few might not be crowd favorites among the staff. Others may look good, but wouldn’t work because of production limitations, as Larry explains:

Some of these Cue of the Month designs look really sharp, but aren’t doable with the goal of keeping the cue affordable.

Having chosen a design, the cue gets its model number – the “c” at the end denotes the fact that it is a Cue of the Month version – and the specs are sent back to the factory. Workers then produce a physical prototype of the new model.

The process of building the cue is detailed in this video

This physical prototype can help find potential production issues that were overlooked in the design process. Usually, however, the cue is flawless and production is given the green light. In fact, the cue you typically see in the Cue of the Month video and flyers is the prototype cue.

While the factory is busy building the new cues, the prototype cue gets photographed and video-taped in a state-of-the-art studio. Picture a fashion studio set – on a smaller scale – and you wouldn’t be far off. Photographer Kyle Trueblood employs various lights, materials, and even a custom-built turntable to show off the beauty of the new cue. Photographing a pool cue is harder work than you might realize, as Kyle explains: 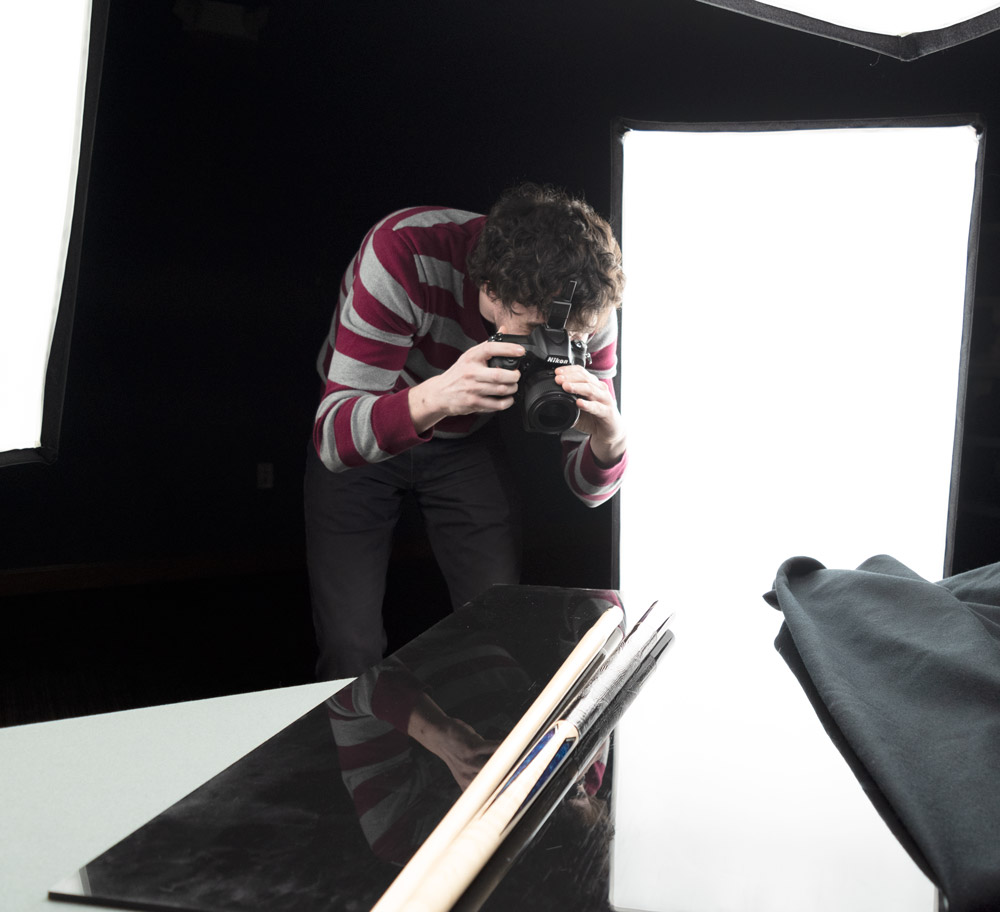 Getting the setup right involved a lot of trial and error. Cues are very reflective, so any light you point at one is going to produce a glare on the cue. You have to get the lights at just the right angles to brighten the cue evenly.

Finally, the newly produced Cues of the Month are packaged up by McDermott’s shipping department and sent out to be delivered and enjoyed by the players who purchased them as well as one lucky winner. But, of course, those players had to act fast; as the name implies, the Cue of the Month is only available for that month.

The post From Catalog to Cue of the Month appeared first on McDermott Cue Blog.

3 Cushion Billiards in the USA