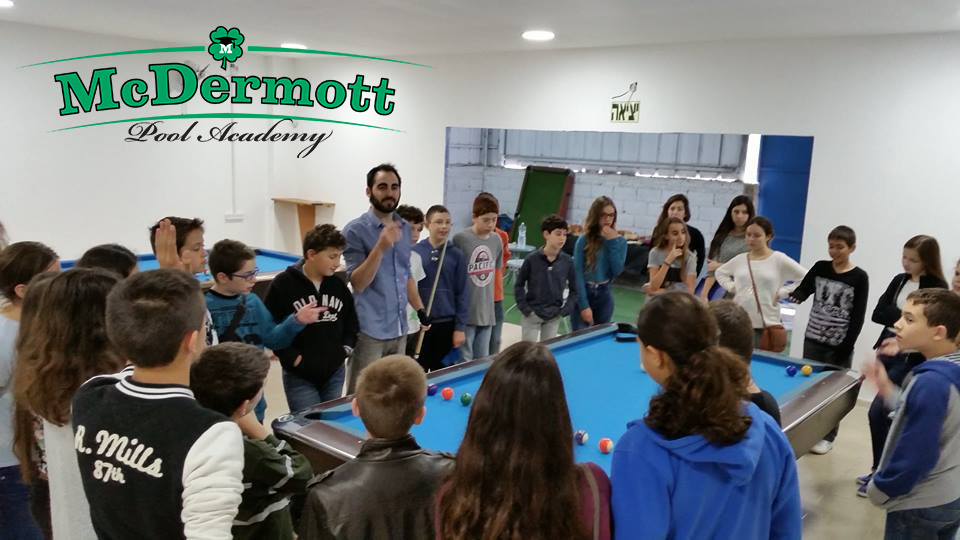 KIRYAT BIALIK, ISRAEL (December 28, 2015) – McDermott Cue Mfg., LLC is a leading manufacturer and worldwide distributor of pool cues, performance shafts and billiard accessories. McDermott would like to announce the opening of the McDermott Pool Academy in Israel.

The McDermott Pool Academy is an exclusive billiard club located in Kiryat Bialik, Israel. It features five American pool tables and will be used as a practice facility for local players of all skill levels, as well as a hosting site for national pool tournaments and events.

McDermott Cue Mfg., LLC has provided the club with a variety of demo cues that can be tested on site. The McDermott Pool Academy will also serve as an authorized McDermott dealer in Israel.

For more information about this press release, contact McDermott’s Creative Director, Derek Blaguski, at [email protected] or call 1-262-251-4090. More information can also be found at www.mcdermottcue.com.

McDermott Announces Cue of the Month Giveaway for March 2020